On Sunday, I ran my 6th half marathon! It was my first time running in a Rock ‘n Roll series race. Initially, I wanted to PR, but after some unexpected shin splints I quickly gave up on that goal and decided to just go with the flow. But I’ll get to that in a minute.

The expo was fantastic! The entire process of simply picking up my packet and shirt took less than 5 minutes, which I really appreciate. I was on a time crunch, so I didn’t get to explore that much, but I appreciate all the vendors that were there! I stocked up on Gu, which saved me a stop later. 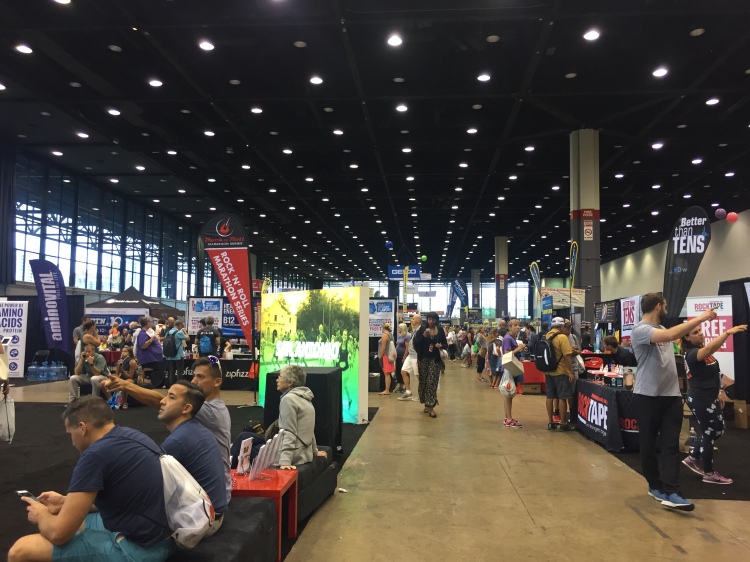 I had a few new race items that I was really excited to run in! I was pretty much decked out in Athleta and now I’m obsessed with my new tights and top. Details below the picture. 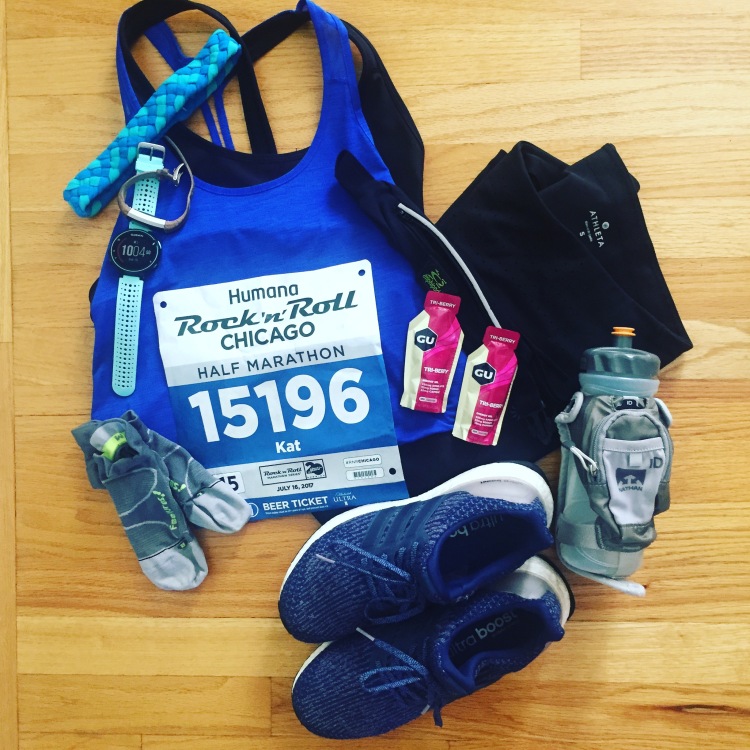 Sunday was my 6th half and Betty’s first 10K! I loved that we were able to start together, even if our courses only overlapped for 1/4 mile. You might recognize her from my Wanderlust Tri post! 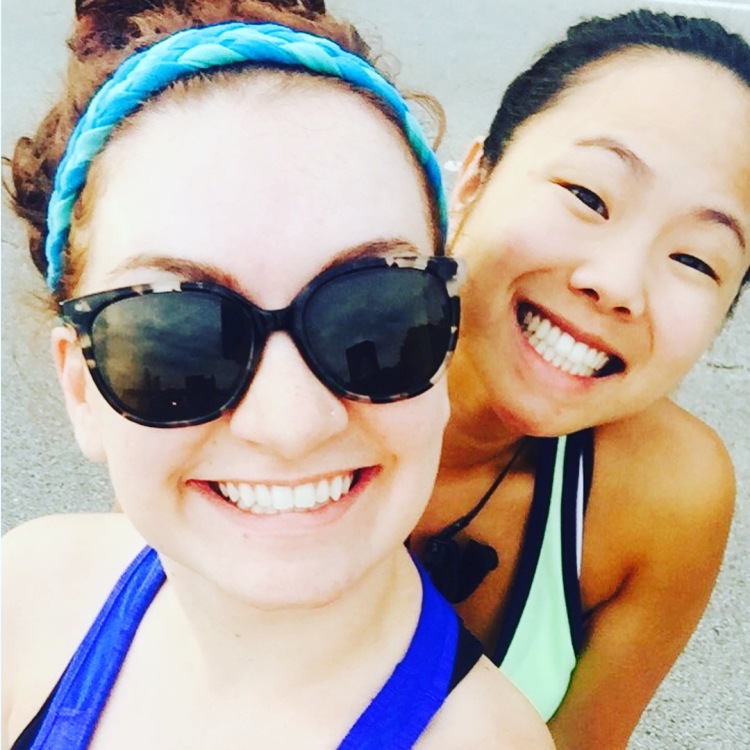 Right away, I could tell something was off. My legs felt really heavy and I had shin splints starting at 1/2 mile. In my final run before the race, I had some shin splints, but thought I had stretched enough afterwards. Apparently not. I ran the first mile and stopped to stretch at the mile marker. The shin splints kept persisting throughout the first 3 miles, so miles 2-3, I listened to my body and did a 1/2 mile run, 1/2 mile walk cadence and stopped to stretch.

I’ve been doing a lot of speed/pace training, and I could tell how that paid off in the race. The entire second half, my energy was really up and I felt great! I appreciated the Clif Shot Bloks given out at mile 9. I love my Gu, but it was a nice way to mix it up. 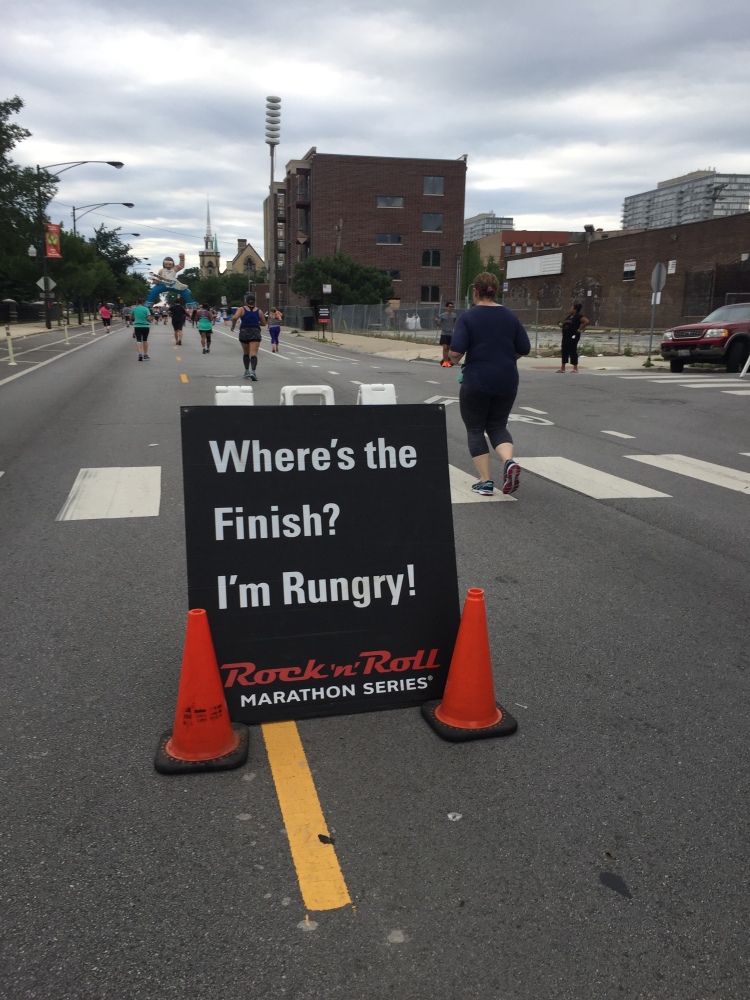 The course itself was cool. I enjoyed seeing the varying musical acts and liked how we ended along the lake. It wasn’t my favorite half marathon, but it started to prep me for the Chicago Marathon scenery!

Betty and my friends drove into the city to cheer us on at the finish and grab brunch! They are so sweet! 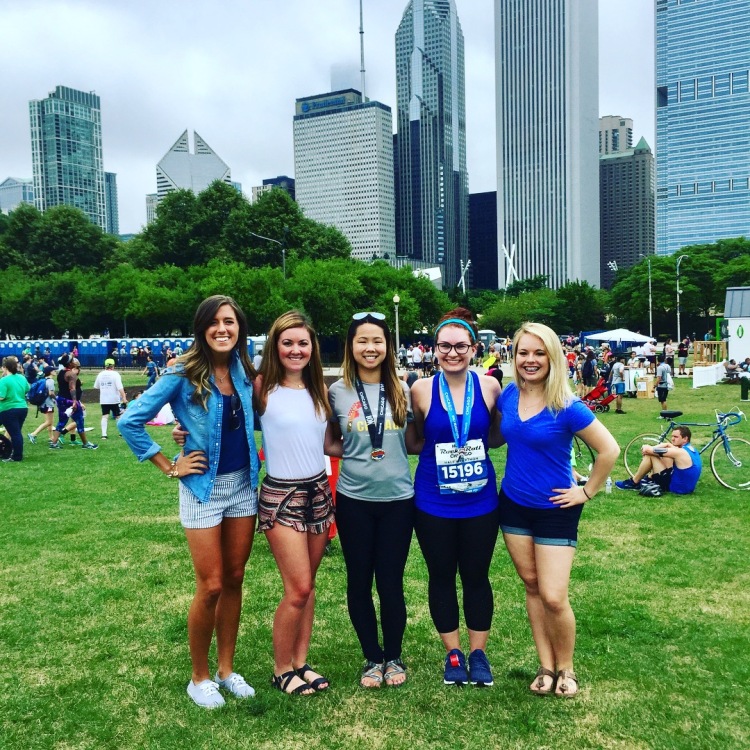 We went to Hash House a go go for brunch. Wow. SO GOOD! 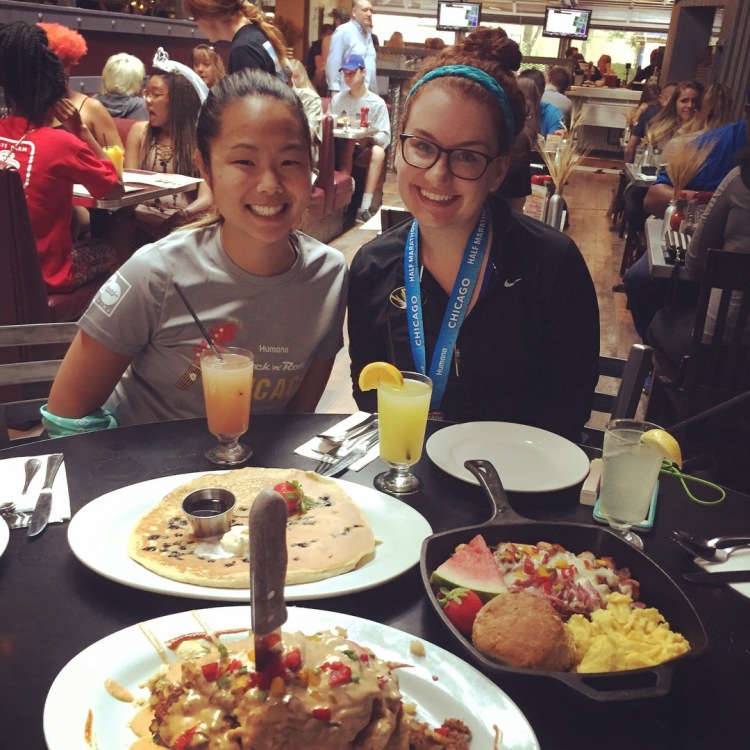 Overall, I think the race was well-run and I had fun. It’s not my favorite half I’ve done (I’ll save that title for my PR-holding, 3-time running North Shore Half), but it was a solid race. The medals were pretty sweet! Halfway to 26.2 🙂 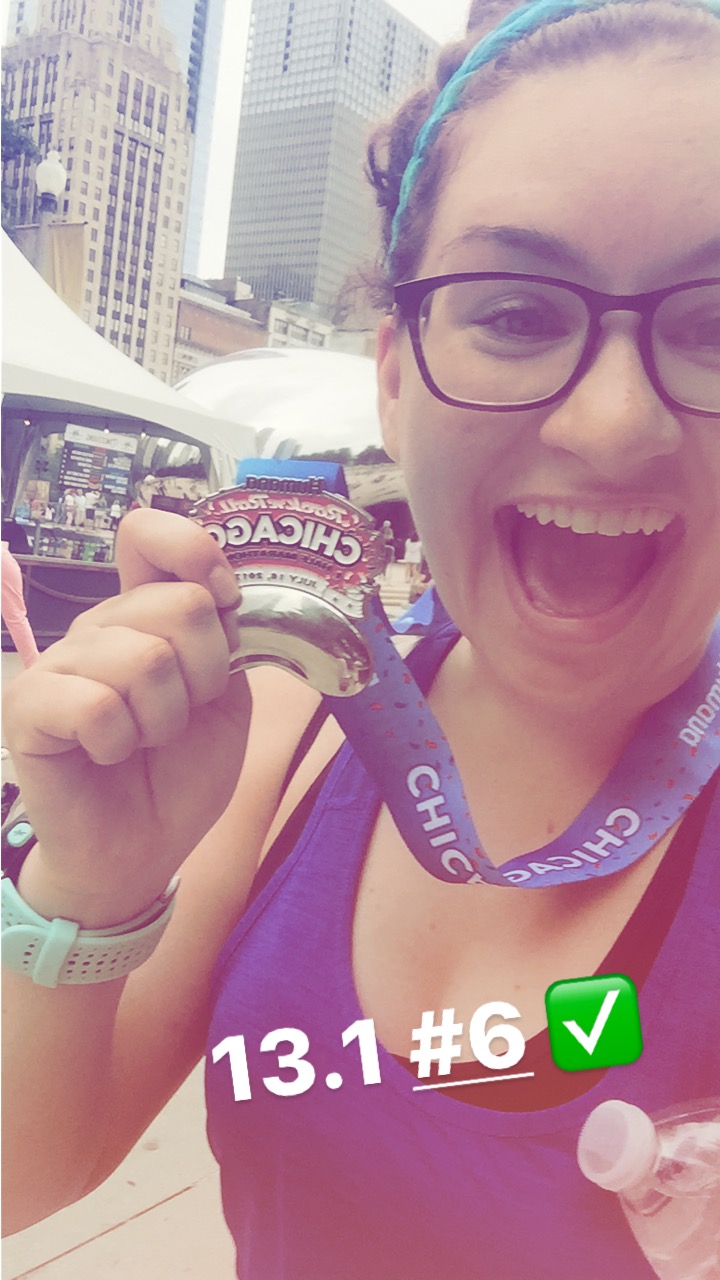 Have you done any Rock ‘n Roll series races? What’s your favorite half marathon? Let me know in the comments!